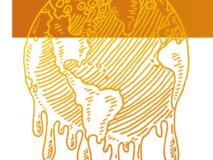 This year’s results reveal improvements in the average scores of all six sectors, with sectors under most public scrutiny, such as oil and gas, utilities and autos, making great strides in disclosures and targets. The increase in average scores has also been seen across all the main regions analysed, including in the US, UK, Europe and Asia Pacific.

However, LGIM’s research also uncovered a significant divergence between the leaders and laggards within the same sectors, as well as signs of stagnation within sectors such as financials and food retailers. The divergence within the US is particularly stark as companies face a dichotomy between the federal stance on the Paris Agreement and other global, state-level and local initiatives to address climate issues.

Since 2018, public concern about the danger of climate change has risen to an even higher level, with alarming scientific evidence that reinforces the urgency of the issue. LGIM reports fruitful dialogue with companies under the Pledge has led to tangible actions and changes in board-level discussions about building resilient strategies in the face of fast-changing political, technological and consumer trends. As part of LGIM’s responsibility as a constructive longterm investor, the Pledge aims to “name and fame” companies that have taken a lead in each of the sectors.

In June 2018, LGIM voted against and divested out of eight companies from the Future World fund range for persistent inaction to address climate risk. Since then, it has successfully engaged with all eight companies and, as a result of positive outcomes, Occidental Petroleum and Dominion Energy have been reinstated.

Despite the positive momentum, however, there remains more work to be done. Following LGIM’s updated assessment in 2019, five new companies will be voted against and divested from the Future World range due to unsatisfactory results: ExxonMobil Corporation, Hormel Foods, Korean Electric Power Corporation, Kroger and Metlife. These names are in addition to China Construction Bank, Rosneft Oil, Japan Post Holdings, Subaru, Loblaw and Sysco Corporation, all of whom remain engaged but who have yet to take the substantive actions to warrant re-instatement.

Meryam Omi, Head of Sustainability and Responsible Investment Strategy at LGIM said, “Our Climate Impact Pledge showcases that engagement can be a powerful tool if it is consequential. Talks without action are no longer fit for purpose given the urgency to address climate change. We are enormously encouraged by the progress made by many of the companies. Companies at the bottom are catching up, while leaders continue to break new ground. But we know much more is needed, and will continue to push companies to build business models fit for a prosperous, sustainable future.”