Dutch asset management firm Robeco has launched a new bond fund focusing on green bonds, which is the firm’s first strategy that is purely dedicated to this type of issuers.

A spokesperson for the company confirmed to Citywire Selector that the strategy is formally called RobecoSAM Global Green Bonds. It was officially launched on 21 April in response to growth of the green bonds market in the last couple of years.

It will form part of the firm’s existing fixed income fund range and will be managed by Michiel de Bruin and Peter Kwaak. It will invest in bonds that adhere to internationally accepted principles for green bonds and have an impact.

In order to identify the right holdings, Robeco’s fixed income team has developed a five-step analysis framework, which covers the impact of the proceeds of a given bond and if they contribute to one of the environmental objectives as defined by the EU.

The team will also undertake impact reporting and will evaluate the issuer’s environmental strategy and conduct as part of the process.

The RobecoSAM Global Green Bonds fund is domiciled in Luxembourg and available to institutional and retail investors. Across Robeco’s existing funds green bonds take up approximately €1.7bn in assets under management. 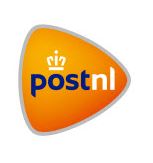