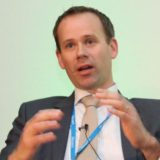 After the Netherlands and Sweden, Germany has become the third AAA-rated country to issue a green government bond. The German government also announced its commitment to building a full green yield curve, next to its conventional yield curve. Germany is introducing a new concept of “Green Twin Bonds”, where a green bond is issued with the same maturity and coupon as a conventional bond. The green bond is a separate bond with a smaller issue volume than the conventional bond. The aim of this structure is to ensure that the issuance of green bonds does not negatively influence the overall liquidity in German government bonds. It also makes it easier for there to be a natural diversification between conventional and green bond investors. “We strongly support the issuance of green German government bonds,” says Bram Bos, Lead Portfolio Manager Green Bonds at NN Investment Partners. “The concept of “Green Twin Bonds” is a new and innovative form of green bond issuance we favour. We think this concept is a much better option than the concept currently being explored by the Danish government, which is looking to issue separate green labels or stickers which could be attached to any conventional bond” 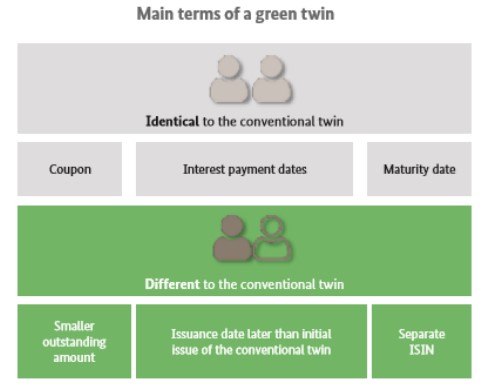 Germany is the third AAA-rated country to start issuing green government bonds, after the Netherlands in 2019 and more recently Sweden on 1 September 2020.

Germany is committed to being almost climate neutral by 2050. In November 2016, the German federal government adopted the Climate Action Plan 2050, making the country one of the first to submit its long-term greenhouse gas emission strategy to the UN, as required under the Paris Agreement. This plan outlines the basic principles for implementing the country’s climate change mitigation strategy to reach 80 to 95 percent reduction in greenhouse gas emissions by 2050 compared to 1990 levels.

On 2 September, Germany issued EUR 6.5 billion worth of bonds with a maturity of 10 years. In contrast to some other countries, like the Netherlands, Belgium and France, the German government plans to build a full yield curve. This gives investors more options to greenify their fixed income portfolio at several different points along the yield curve. After this inaugural green bond, Germany is expected to be a regular issuer, issuing around EUR 10 billion per year in green bonds.

Germany has identified five sectors to which they can allocate the proceeds of their green bonds. These are transport; international cooperation; research, innovation and awareness raising; energy and industry; and agriculture, forestry, natural landscapes and biodiversity.

“Although we think it is a positive development that Germany has started issuing green bonds, the country’s green bond framework is not as clearly aligned with international standards like the Green Bond Principles and the EU and Climate bond Initiative taxonomies as some other green government bonds” says Bos. “For example, a large portion of these green bond proceeds will be allocated to trains and rail infrastructure, which could also include the freight transport of fossil fuels. We miss the ‘do no harm’ assessment in this green bond framework, which is one of the pillars of the EU taxonomy and EU Green Bond standard. However, we also see some positives and commend the German government’s ambition to only allow green hydrogen production in the eligible use of proceeds. Green hydrogen is produced using only renewable energy and the German renewables market is well placed to develop this exciting industry innovation and