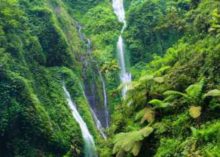 “Strong policies, in line with the Global Biodiversity Framework, can accelerate and scale up private capital flows towards a net-zero and nature-positive economy. We encourage governments to engage closely with financial institutions to make sure these opportunities are fully realized,” the statement reads.

The statement, coordinated by the non-profit Ceres and the Finance for Biodiversity Foundation, comes ahead of the 15th Conference of Parties of the United Nations Convention on Biological Diversity (CBD COP15) in October and will be delivered to the Executive Secretary of the CBD Secretariat, Elizabeth Mrema, and others who are responsible for crafting the next draft of the Global Biodiversity Framework.

“The Global Biodiversity Framework must reflect the urgency and the level of ambition required from all stakeholders at this critical juncture for nature,” said Gemma Corrigan, Head of Policy and Advocacy at the international business of Federated Hermes. “We urge governments to rise to the challenge by implementing policies that will enable financial institutions to effectively contribute to halting and reversing biodiversity loss in this decade.”

The statement reflects the connection between climate change and biodiversity, encouraging governments to develop a harmonized policy approach that will both deliver net zero greenhouse gas emissions in line with the goals of the Paris Agreement, and tackle the rapid decline of ecosystems and habitats. Specifically, it calls on governments to take five key policy actions to:

Some of the world’s largest financial institutions are represented among the signatories (see full list.) The combined assets under management of the 78 signatories is more than $10 trillion, representing the largest share of AUM to publicly support action from global governments to address biodiversity loss. The statement also comes as the world’s largest asset managers and asset owners are increasingly pledging to achieve net zero emissions across their portfolios by 2050 or sooner, and setting interim 2030 emissions reduction goals.

Many nations have already vowed to improve their climate change policies, but the gaps between reducing emissions and halting biodiversity loss remain in nearly all nations. Leading scientists from the Intergovernmental Panel on Climate Change recently warned the world is not on a trajectory to meet the Paris Agreement goals, underscoring the need for further ambition. As this statement highlights, policy action to tackle biodiversity loss must also significantly step up in nearly all nations