The UK National Advisory Board for Impact Investing (UK NAB) has highlighted the opportunity to unlock an additional £300 billion in investments that directly address social and environmental challenges, and establish the UK as a global hub for impact investing.

The report, titled “The Rise of Impact: Five Steps Towards an Inclusive and Sustainable Economy”, is aimed at business leaders, investors and Government. It identifies five areas where action is required to build an inclusive economy that accelerates the rise of purposeful business and enables more people and places to benefit from economic success.

Recommendations include the creation of a £2 billion UK Inclusive Economy Catalyst Fund which could jump-start investment and stimulate opportunities in communities that have seen decades of under-investment and no real income growth. This is expected to draw in significant private investment and reach tens of billions of pounds over 5-10 years, tackling issues including social care, affordable housing and climate change.

Recognising both the imperative and the benefits of action, the report highlights how institutional investors can seize on the investment prospects that will help achieve the UN Sustainable Development Goals (SDGs) in the UK, following the precedent of European financial institutions that are already leading the way. A coalition of the largest investors in the Netherlands – with a combined 2.8 trillion Euros in assets under management – has already agreed an action plan for investing in SDG themes, and the UK is in danger of falling behind.

“Impact investing has shown its value across multiple sectors and asset classes, achieving strong returns on investment while also financing new solutions to some of the UK’s most difficult social and environmental challenges. Over the last few years we have seen an explosion of interest globally, with more and more mainstream investors coming into the space. We are reaching the tipping point; we hope this report can help the sector move from the margins to the mainstream and, in the process, enable the UK to build a more inclusive and sustainable economy.

“The world is facing a funding gap of tens of trillions in addressing sustainable development issues and recent political events have highlighted that large segments of the UK population feel left behind by economic growth. If investors, business leaders and policy makers all consider social and environmental impact alongside financial value then we can start to redress these issues. This is an incredible opportunity to evolve our traditional investment model and release billions of pounds to reduce inequality, protect our scarce resources and stimulate innovative new solutions.”

Other recommendations in the report include the creation of ‘Pensions with Purpose’ that will enable savers to invest in line with their values. UK NAB highlights the potential of harnessing the assets within Defined Contribution (DC) pension schemes, which are predicted to grow six-fold to $1.7 trillion over the next two decades. Three-quarters (77 percent) of DC pension fund members have already said they would prefer a social investment fund compared to a conventional one; and 44 percent said they would do so even if their final retirement pot ended up eight percent smaller .

Government is the single largest buyer of goods and services in the UK and UK NAB wants it to place even more emphasis on social value within public procurement. It is also calling for more support for purposeful businesses that contribute positively to society and the environment, and has outlined an enhanced role for the UK in international development finance – with CDC visibly championing investment in developing markets, and large asset owners allocating more of their capital to address challenges aligned with the UN Sustainable Development Goals.

The UK has been recognised as a global leader in impact investing since the Government commissioned the first Social Investment Task-force in 2000. The world’s first social impact bond was launched in the UK in 2010, and the world’s first social investment bank Big Society Capital was also created in the UK in 2012. A representative of the Government’s Inclusive Economy Unit has attended UK NAB’s Practitioners’ Council as an Active Observer throughout this process.

There is currently at least £150 billion of capital currently committed to impactful investments in the UK, and interest in the area has been growing. Mainstream investors such as Barclays, Blackrock and Standard Chartered have recently joined Bridges Fund Management, Un Ltd and other pioneers by launching products or platforms that explicitly seek both to achieve financial returns and drive social change.

“Imagine a world where everyone could say ‘I know where my money goes and the positive impact it has – as a tax payer, saver, consumer’. A world where investing with impact is not at the expense of financial return. This report shows this is already emerging and provides a vision and a plan for putting purpose at the heart of our economy. When this happens, we’ll build markets people trust and in turn that will drive innovation. We’ll have environments that enable business and people to flourish. We’ll have dynamic organisations, growing sustainably. We’ll have a vibrant economy.”

UK NAB is the UK’s voice in a Global Steering Group of 15-member states plus the EU, chaired by Sir Ronald Cohen, which was established as the successor to the Social Impact Investment Taskforce set up during the UK presidency of the G8. It is composed of a diverse group of senior leaders drawn from across the public, private and non-profit sectors of the economy, united by a single vision: to build an including and sustainable economy by ensuring that measureable impact is regularly embraced as a deliberate driver in investment and business decisions, to create better outcomes for all stakeholders and wider society. Chaired by Michele Giddens (co-founder of Bridges Funds Management), its members include David Blood (co-founder of Generation Investment), Saker Nusseibeh (CEO of Hermes Investment Management), Sacha Romanovitch (CEO of Grant Thornton), and Hazel Blears (former Labour MP). 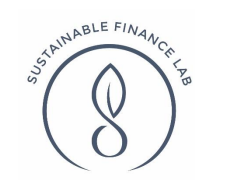