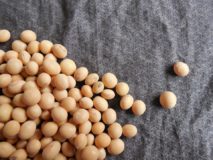 The world’s first financial facility to offer green bonds for sustainable soy production in Brazil was launched yesterday at London Climate Action Week. The Responsible Commodities Facility, unveiled at the London Stock Exchange, plans to provide low-interest credit lines to Brazilian soy and corn farmers who commit to using degraded pasture and avoid clearing forests and native grassland for agriculture. For farmers, the initiative will offer an important complement to official credit lines.

The facility is expected to provide US$1 billion over the next four years to fund the production of more than 180 million tonnes of responsible soy and corn, worth around US$43 billion over the next decade. The investment will contribute to national targets of agricultural expansion into currently underutilised land, and the first US$300 million bond issuance is planned for the planting season of 2020.

Over the same period, the facility ambition to protect or restore 1.5 million hectares of natural habitat in Brazil’s Cerrado, or savanna, leading to an estimated emissions reduction of 250 million tonnes of carbon dioxide.

“Global demand for soy is showing no sign of slowing down, and as a result, is leading to a continuous expansion of the area under cultivation in Brazil,” said Shaun Kingsbury CBE, Chairman, SIM.

Almost 18 million hectares of degraded pasture land could be used for soy production in the Cerrado region alone, which is three times more land than the sector will need over the next decade.

Making greater use of cleared land would also help bring down emissions linked to deforestation for agriculture, which currently results in estimated emissions of 1.1 billion tonnes of CO2equivalent per year, or 51 per cent of Brazil’s greenhouse gas emissions.

“In order to address the negative effects of climate change and to stop the dramatic loss of biodiversity that we have witnessed in the last 30 years, we need to urgently and rapidly move to food production and financing models that do not depend on conversion of forests and natural habitat,” said Bruno Pozzi, Director of the Europe Office, United Nations Environment Programme (UNEP).

“UNEP is supporting RCF because we believe it is an innovative and much-needed way to unlock private capital at scale to address some of the most defining environmental challenges of the 21st century while generating job creation and green growth,” he added.

Brazil has pledged to reduce emissions by 43 per cent by 2030, with almost 90 per cent of this reduction expected to come from reduced deforestation, yet existing funding mechanisms are unlikely to help meet this target.

“The Responsible Commodities Facility is an opportunity for the market to ensure increased production without contributing to land clearance, which is resulting in the loss of natural habitats, loss of biodiversity and greenhouse gas emissions.” said Pedro Moura Costa, CEO, SIM

“This combination of innovative financial tools, increased transparency and traceability, and a focused effort on compliance with strict guidelines, has the potential to accelerate the growth of responsible commodities.”

To participate in the facility, producers will be vetted according to eligibility criteria based on commitments to protect Cerrado vegetation and compliance with national legislation.  Adherence to these commitments will be independently verified by external companies, and  will be overseen by an Environmental Committee of producers, buyers, NGOs and financial organisations.

A Responsible Commodities Registry will keep records of the volumes and source of responsible commodities produced, as well as trace the ownership of these commodities along the supply chain.

“There is today widespread consensus that agricultural production in Brazil can be achieved without the need for additional deforestation or conversion of natural habitats,” said Greg Fishbein, Director, The Nature Conservancy.

“Despite market signals and growing consumer demand for sustainable products, there remains a need to create incentives to engage farmers and traders in the production of responsible commodities.”

The facility is being created with support from the UK Government’s programme Partnerships for Forests, and has a collaboration agreement with UNEP to develop effective Social and Environmental governance and monitoring frameworks.

The market-led scheme, which will be managed by Sustainable Investment Management (SIM), supports the Cerrado Manifesto, signed by 50 civil society organisations and nearly 150 consumer goods companies, to reduce deforestation from soy production.