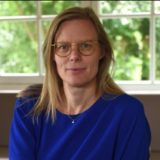 The Executive Board of the European Central Bank (ECB) has appointed Irene Heemskerk as head of the ECB’s climate change centre as of 15 June 2021.

The ECB launched its climate change centre earlier this year to shape and steer its climate agenda internally and externally, building on the expertise of all teams already working on climate-related topics at the bank.

As head of the climate change centre, Ms Heemskerk will report to President Lagarde.

Ms Heemskerk, 45, currently works as a Sustainability Fellow at the International Financial Reporting Standards (IFRS) Foundation. She was until recently advisor to the Chair of the Network for Greening the Financial System at De Nederlandsche Bank, a position she held between December 2017 and December 2020. Prior to that, she held various positions at De Nederlandsche Bank, including Secretary to the Supervisory Board and Legal Counsel. Ms Heemskerk also worked as a project manager on the revision of the Dutch Corporate Governance Code at the Ministry of Economic Affairs between October 2014 and December 2016.

She is a member of the Advisory Board of the International Union for Conservation of Nature for their Finance for Nature initiative.