Boston Common Asset Management, in partnership with a number of regional partners, engaged 58 of the world’s largest banks, including the likes of HSBC, JP Morgan Chase, BNP Paribas and MUFG. The research identifies some progress in terms of governance, with a majority of banks endorsing the TCFD guidelines (69%), disclosing TCFD governance reforms (71%) and carrying out climate risk assessments (78%).

However, the new research shows these tools are not impacting on decision-making, with 40% of banks failing to develop any new financing or investing exclusions/restrictions as a result of their climate risk assessments.

The result is superficial progress, where over 80% of banks have announced low carbon products and services, but financing for fossil fuels continues to increase each year. The report notes that the green bond industry has grown from just $1 billion a decade ago to over $200 billion in 2019 alone, but this is dwarfed by investment in fossil fuels, totaling $1.9 trillion from 2016–2018.

“The scale of the climate crisis demands a more radical transformation of the banking sector. Our findings indicate a systematic reluctance by banks to demand higher standards from high carbon sector clients, despite the fact that doing so could vastly reduce bank risk and accelerate action on climate change.”

The report calls for “a cultural shift within banks from the board all the way down to the front-line manager bringing in new business. This must include a willingness to walk away from clients or to no longer issue new financing once existing obligations are paid off.”

Specifically, the report calls on banks to:

Vincent Kaufmann, CEO of Ethos, endorsed the findings, saying, “Financial institutions are increasingly aware of their influence in the energy transition and of the risks climate change poses to their activities. However, policies and transparency should be reinforced to make sure that general corporate loans are not used for sensitive projects that further fuel climate change.”

Laura Gosset, Senior Analyst at SHARE, noted that, “We were encouraged to see that TD Bank, RBC and CIBC have made sustainable finance commitments in 2019, but what we need is for an accelerated response from Canadian banks that demonstrates an increased ambition that aligns with the goals of the Paris Agreement. This includes policies that clarify exclusions for high carbon sectors and activities causing deforestation.”

Stuart Palmer, Head of Ethics Research at Australian Ethical, said, “Science based restrictions on thermal coal lending need to extend to oil and gas, as Australia faces the prospect of new unconventional gas projects which are inconsistent with 1.5 degrees. The responsible voice of banks and the industry associations they support is also crucial to promote constructive public discussion of climate issues and action.” 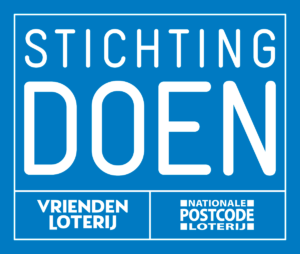