A majority of climate-themed investment funds are actually misaligned with the goals of the Paris Agreement, a new analysis by InfluenceMap shows. Furthermore, it shows that among the five biggest asset managers offering these funds, State Street Corporation is the most misaligned, followed by UBS Group and then BlackRock. The research analyzed 723 funds with total assets under management of more than $330 billion. Of those, 593 were considered broad ‘ESG’ funds while the remaining 130 were classified as climate-themed.

The classification process was based on how these funds were presented to the market in terms of key words in theirtitle, such as ‘low carbon’, ‘fossil fuel free’, ‘green energy’, and others. A full list of key words and categories is included in the report’s methodology.

The Paris Agreement alignment score is based on the PACTA tool in wide use by the financial sector. A negative score indicates a fund’s portfolio is overweight in companies whose production plans negatively diverge from climate scenarios in the coal mining, oil and gas, power, and automotive sectors.

InfluenceMap analyst Daan Van Acker said: “As the number of ESG and climate-themed funds has exploded in recent years, so too have concerns among investors and regulators about greenwashing and transparency. “This report reveals the extent to which some climate-themed funds are misaligned with the goals of the Paris Agreement. It also exposes the considerable variation in climate performance between these different funds, which is not necessarily explained by their individual branding. “The lack of consistency and clarity makes it difficult for investors to determine what these funds’ descriptors means in practice. “This analysis is a further piece of evidence in favor of stronger regulation surrounding the marketing and transparency requirements of ESG and climate-themed funds.” 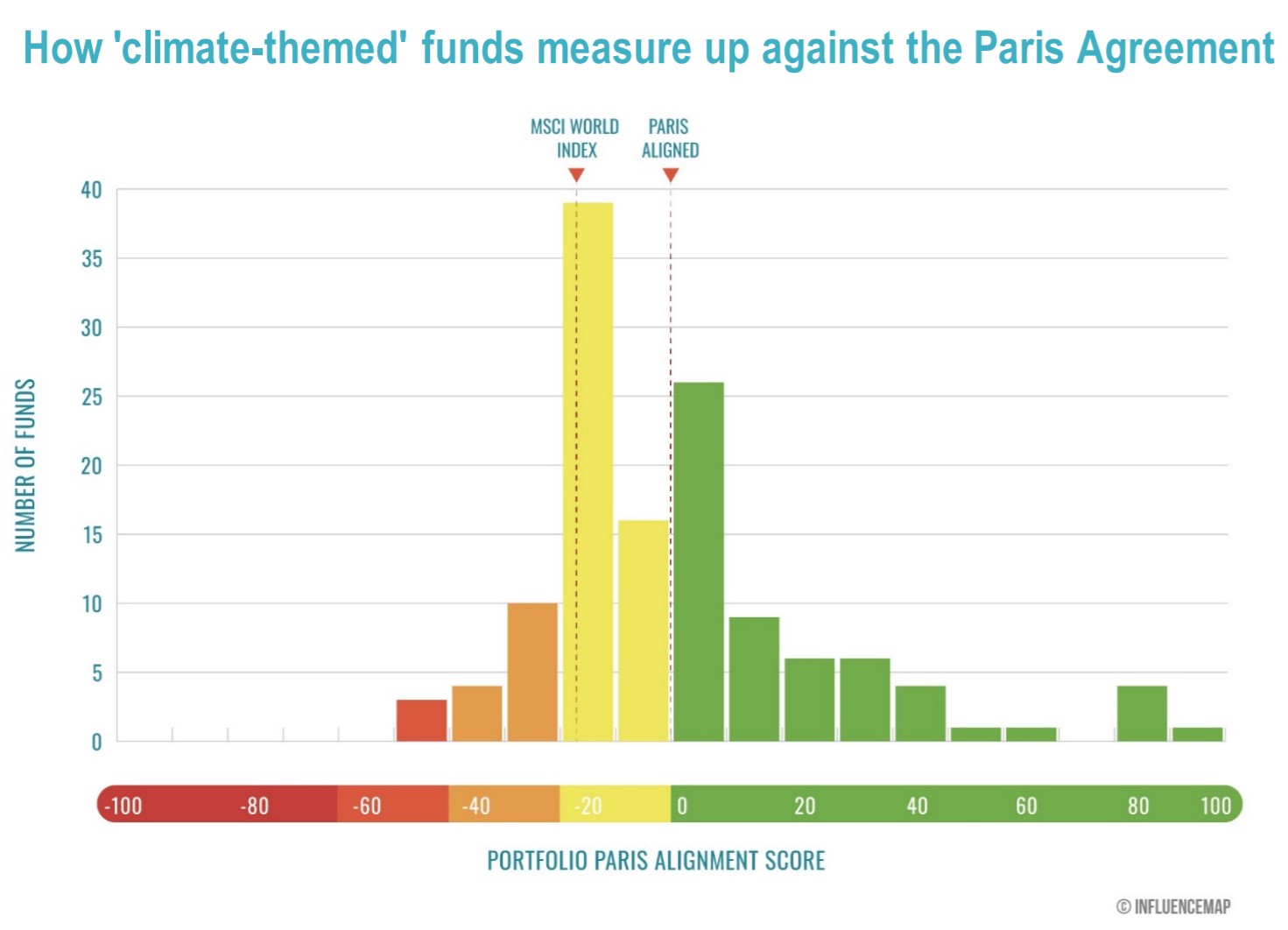